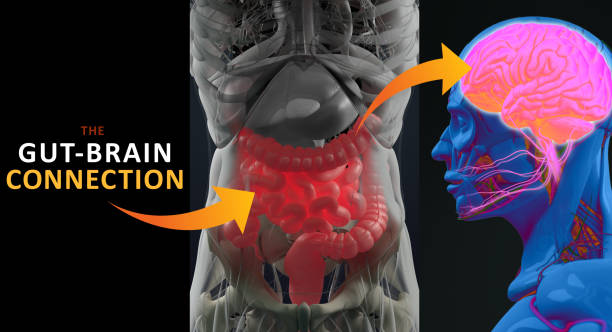 If you’ve ever received a CRP (C-reactive protein) test, you’re probably aware of the correlation between systemic inflammation and dozens of diseases and illnesses. If your CRP reads high, it means inflammation levels are high where the body is in a reactive state all the time. As a result, cooling this constant internal flame has become a significant focus on preventative medicine.

Inflammation is your body’s response to try to find something: your body trying to heal itself. It signals healing agents to go to the injured part of the body. With systemic inflammation, your body is on fire and can’t heal and repair itself correctly. It can stay localized as many of us struggle unknowingly from gut dysbiosis. Our lifestyle, environmental toxins, and diet can influence this state. Unfortunately, we often eat foods that create a fight response internally as our body treats the offending foods like an invasive threat.

On his weekly podcast, Lucas Rockwood interviewed Jimmy St. Louis, the Cognitive Health and Wellness Institute founder. CHI focuses on gut health to reduce inflammation to lower the likelihood, and symptoms of autoimmune and neurodegenerative diseases, heart conditions, chronic low-grade conditions like hypertension, cancer, and others.

Jimmy played football for the NFL’s Tennessee Titans and was recently a member of the 2016 United States Rowing Team. However, through rowing, he inadvertently found his passion for cognitive health. Rowing anywhere from 60 to 80,000 meters a day for four to six hours, he noticed a different mental strain than football.

After a career without significant brain injuries, he discovered the link between cellular repair and the brain’s ability to get oxygen. Then, feeling helpless when his grandmother passed away from Alzheimer’s, he was inspired to understand the gut biome and the connection between inflammation and neurodegenerative illnesses.

Your gut bacteria form a soil-like environment for digestion

St Louis urges us to think about our gut bacteria like a garden. When we look at the human genome, the human microbiome contains three pounds of bugs living inside your body. However, we are also aware that microbiota are different for different people. For example, a person from the Mediterranean and someone of the same age from Osaka would have similar DNA, but the internal garden would be different because of their environment.

People are often tempted to buy a supplement from a health food store, but in thinking of the gut as a garden, you can’t just throw some nitrogen on it and expect to have fertile soil. St. Louis wants to dispel the myth that Alzheimer’s is strictly genetic, and if you are genetically prone, you’re going to get it. Instead, he suggests that these diseases build up over time by not caring for our bodies and everything we put into our mouths.

Why modern foods and lifestyles leave many of us imbalanced

Most people don’t realize they’re not eating healthy. If it’s organic, it’s healthy, but that’s not necessarily the case. If people believe they’re eating healthy, they’re not armed with that knowledge to help to improve their overall health. That superfood may very well not be beneficial for you. You can eat the kale and drink the juices, but if you’re not aware, your body will continue to fight against yourself and your habits.

Autism, early-onset dementia, or mild cognitive impairment have been linked to systemic inflammation. Over time when you put the wrong things in your body, you develop a bacterial imbalance in your stomach. At some point, that imbalance begins to permeate the gut lining and enter your system. Later on, the blood-brain barrier meant to protect your brain from the rest of your body can lead to protein plaque build-up and eventually to a stroke or Alzheimer’s.

It’s never too late to make necessary changes, but there is no quick fix

Regardless of age, you can slow that aging process. Still, preventative care is challenging for anyone at any age to think about, especially something as invisible as neurodegenerative disease or cognitive decline. We Americans tend to look for a quick fix, but if we want to live better, not just longer, we need to bridge that gap between the quality and length of life. We should want to feel great until that final day. No one wants to be stuck in a nursing home.

Unfortunately, people start to decline very quickly when a diagnosis happens, and it just feels like it’s just only a matter of time. It’s often a triggering event like a personal health crisis in their fifties or sixties with either a heart attack or type two diabetes diagnosis that brings about awareness. Old habits do die hard, but you can start to create some new healthy habits that won’t take as long as you think. Even after two weeks of dietary changes, you might not crave things you did before. In fact, it might not make you feel good to even think about them anymore.

While many people default to whatever their GP recommends during a routine checkup, most only visit their GP every three or four years. People can opt to do a gut test to indicate what should and should not be eaten. Even poor habits building dysbiosis over time can all be reversed.

Some people have felt lousy their whole life. They didn’t feel good when they were in their twenties, and when they’re 42 or 62, there is the possibility of feeling better than when they were 22. St. Louis looks to empower people who have never looked after their body, diet, or fitness and are willing to witness a radical transformation often available for unfit middle-aged people. With health, it doesn’t take forever to start feeling better.

You might feel too far gone, say suffering from type two diabetes or carrying 50 extra pounds. However, one good meal or one good day can make all the difference. So put effort into your diet and embrace the opportunity of feeling better than ever by just choosing one of St. Louis’ programs. They are easily adaptable, the food selection is good, tailored to your gut requirements, and you’ll notice changes more quickly than you’d imagined.

Do you still want to drink alcohol or go out to dinner? He doesn’t suggest cutting those things out as mental health also plays a role. The point is to create a sustainable path so you can pick a program and not have to give up all the pleasures in life. Columbia Health Institute was created to introduce dietary changes, reduce systemic inflammation, and improve cognitive health scores to help prevent the early onset of neurodegenerative illnesses. It’s never too late to change course. 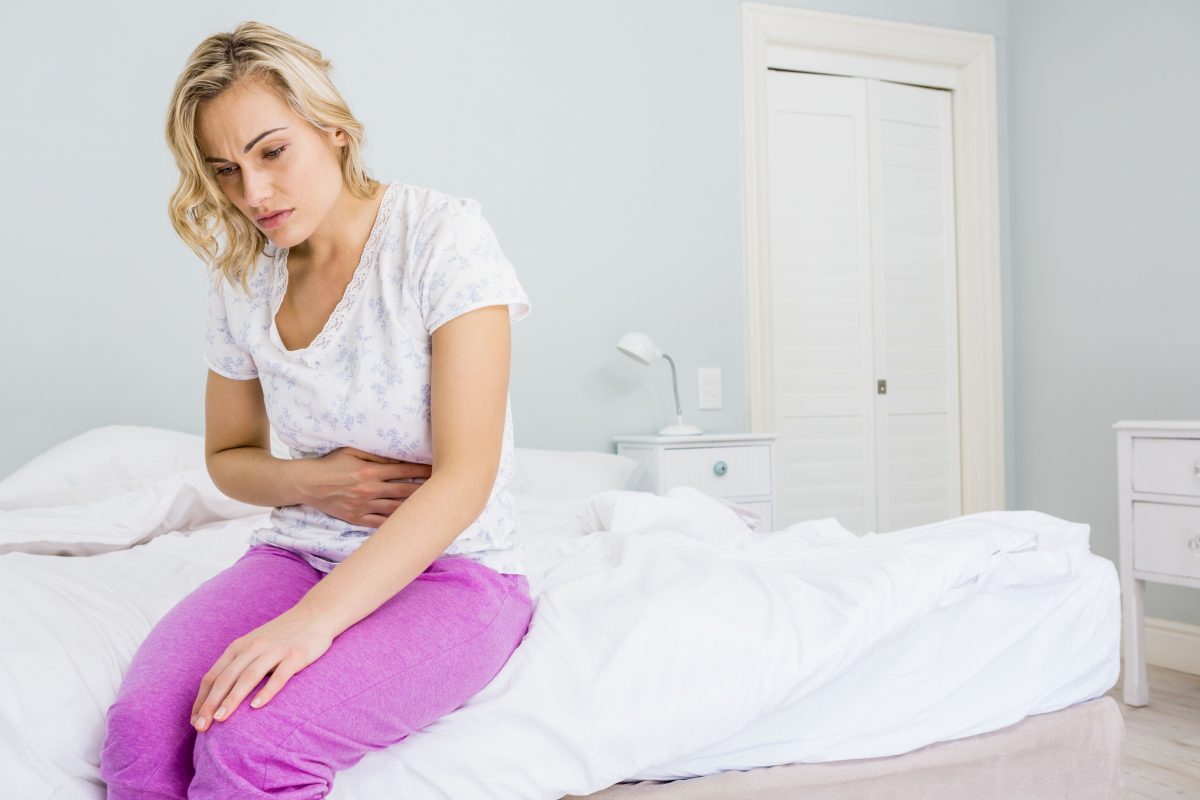 What does it mean when people say, “follow your gut feeling?”

There’s a science to this expression that ties the emotions travelling to your brain and gut. It can answer questions on what triggers “feelings” in the gastrointestinal (GI) tract.

Anxiety, fear, happiness, excitement, and disgust are emotions that send signals from the brain to the gut in both directions. This is is why people in overwhelming stress often have an upset stomach or feel GI contractions.

People with depression don’t just imagine feeling “under the weather” or pretend to have bowel symptoms. Psychological and psychosocial factors may cause distress or actual movement in the gut.

These two (2) organs in your body – the gut and the brain – closely interact and connect with each other in both directions. This article explores their interrelatedness, and how the state of your gut reflects your well-being.

Your stomach and brain work together

What you eat directly affects your brain functions and consequently alters your mood. Eating more vegetables, protein and good sources of fat will provide dietary energy. Good sources of carbohydrates, vitamins, and minerals are essential fuels to power the brain. They help coordinate sensation, intellect, and nervous activity with the rest of your body.

Your body needs food sustenance that helps your gut and brain perform well. Good hydration and a balanced diet help avoid changes in GI bacteria resulting in constipation or other health issues.

Food is digested from the mouth, esophagus, and stomach. It is then processed down to the intestines, gallbladder, liver, pancreas, and all the way down to the rectum. Gut inflammation can be caused by unhealthy gut bacteria and may lead to a compromised immune system.

The gut-brain axis is the communication system between your gut and brain. This axis is like the main channel where the stomach and brain work together. These two (2) body parts are physically and biochemically connected in the following ways:

GI symptoms such as indigestion, acid reflux, and bloating are strongly correlated to mental health problems. Many studies1 have shown that changes in the gut microbiome and inflammation can affect the brain. These changes affect higher cognitive functions often causing symptoms of depression and anxiety.

What is Gut-Brain Connection Anxiety?

Whenever you’re scared or giddy, it’s not unusual to feel “butterflies in your stomach.” Even with just the thought of something that excites you, you feel something in your stomach for some reason. ENS (enteric nervous system) is the “brain in your gut” that causes the “butterflies.” This is due to the millions of nerve cells and complex reflex circuits lining the entire GI tract.

Scholarpedia explains that “the ENS has extensive, two-way, connections with the central nervous system (CNS), and works in concert with the CNS to control the digestive system in the context of local and whole-body physiological demands.” This is responsible for the gut movement, fluid exchange, and blood flow so the body’s reaction to signals may affect reflex control and sensory-motor activity.

The GI tract is essentially constantly communicating with the CNS and vice versa. When you’re anxious, the brain sends triggers to the GI tract. These triggers affect food breakdown or gut microbiome activity causing GI problems.

Next time you feel uneasy and can’t seem to eat, “nerves” could be the reason. When you experience an upset stomach where you keep going back to the bathroom before an oral presentation, you know that your brain is not fooling you. You actually “feel sick to the stomach” because there are mental and emotional stressors in your mind and body.

Heal the Gut, Heal the Brain

Anxiety remains to be the most common mental illness in the world based on Mental Health Statistics 2021. It continues to affect 284 million people around the world, 11.9% of which are female, while 9.3% are male. A person’s gut may not be the first place we check when treating depression, anxiety, or other mental illnesses but it could be the best place to start optimizing our mental health.

We can easily damage our gut microbiome with the kind of diet comprised of food rich in fat and sugar. Thus, we should exert a conscious effort to improve our gut bacteria with proper nutrition and lifestyle.

Your gut health and diet can affect your mood positively or negatively. While food is one factor that impacts serious forms of depression and anxiety attacks, consider seeking medical attention if you are experiencing negative thoughts that could lead to self-harm.

Here at Cognitive Health and Wellness Institute, we have medical professionals who help people with pain and discomfort caused by chronic inflammation.

Learn more about our natural healing approach and benefit from our nutrition strategies to promote a healthy lifestyle that your gut will trust!