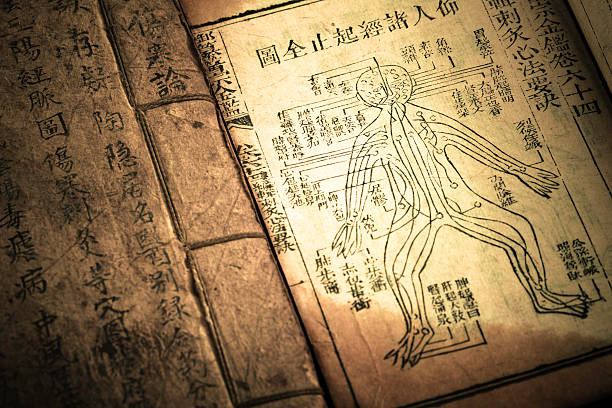 Did you know that there are ancient health practices that doctors still do today?

It isn’t surprising that some patients prefer traditional medicine, and many medical professionals practice it. Mainstream health care utilizes ancient health practices to understand their safety and efficacy in treating specific health conditions.

In the early days, as far back as 1,500 BC – 200 AD, our ancestors relied on folk medicine orally transmitted and taught to their children, grandchildren, and so forth. These healing traditions include natural birth, poison healing, and bone setting. They use whatever is readily and locally available in their ecosystems, such as plants, animals, rocks, and metals.

What is traditional medicine?

Our ancestors paved the way for developing healthy habits and rituals by just observing the events in nature thousands of years ago. The World Health Organization (WHO) defines traditional medicine as “health practices, approaches, knowledge, and beliefs incorporating plant, animal and mineral-based medicines, spiritual therapies, manual techniques and exercises, applied singularly or in combination to treat, diagnose and prevent illnesses or maintain well-being.”

Ancient health practices are an effective umbrella term for alternative, non-conventional, complementary, herbal, and natural medicine. These are healthcare practices not necessarily part of a particular region’s tradition but integrated into the healthcare system.

In this top ten list, you will find medical practices that our forefathers introduced many centuries ago but are still relevant today. Raise your hand if you or someone you know have had any of them!

WHO reports that cataracts are the leading cause of blindness and vision impairment globally. Surgery can treat this eye condition to restore the vision of the patient.

In early 800 BC, ancient Indians in the Sushruta period developed couching, the first documented beginnings of cataract extraction. The physicians will puncture the patient’s eye and dislodge it manually with this treatment. Then, they will remove the cloudy lens from the patient. However, couching caused complications and, as expected, blindness.

The use of leeching is traced back in 1855 when a boy known in history as W.C.B fell ill with fatigue and body aches. His mother asked help from a local apothecary, who later came back with a jar filled with slimy creatures – leeches.

Fifty years later, W.C.B shared a story from his childhood to the famous British serial Notes and Queries, where he narrated his memories of leeching regularly. The bloodsuckers worked on the chest, inside the lower lip, or even within the nostrils.

The story W.C.B shared wasn’t unusual. There was a leeching craze in the late 18th to the 19th century in Europe and North America, which resulted in the gathering of millions of leeches each year.

In ancient Egypt, leeches played a role in medicine and in treating nervous system abnormalities, skin diseases, infections, and dental problems. Today, it is also common to see it in plastic surgery and other types of microsurgery. Moreover, leeches secrete proteins and peptides which prevent blood clotting.

Traditional physicians believed that when people get sick, it’s only a matter of “bad blood.” Over time, ancient Egyptians and Sumerians practiced bloodletting and later became even more common in Rome and Greece. Their practice back then is “to cut open a vein and drain some vital fluids into a receptacle.” However, people erroneously believed this method healed sick patients.

On the contrary, this ancient health practice resulted in accidental deaths due to blood loss. Hence, medieval doctors discovered other methods such as leeching (mentioned above). After which, the scientific community debunked bloodletting altogether in the 1800s even while others were still utilizing this method.

These days, however, modern scientists and doctors only recommend controlled bloodletting to treat specific and rare illnesses. Even in the hope to reduce risks of contracting covid-19, the science community refuted that collection of convalescent plasma (from the blood of recovered covid patients) has any benefits. Today, bloodletting is in the form of wet cupping and Ayurvedic detox and given the term phlebotomy in modern science.

4. Drilling a hole into the skull (trepanation, craniotomy)

The idea of neurosurgery developed in the late 19th century. But, the procedure which requires drilling a hole in the skull, referred to as trepanation, has been a much older practice. In fact, it is known as our ancestors’ neurosurgery.

The word trepanation comes from the ancient Greek word trypanon that means drill. Performing this procedure back then is significantly different to how doctors do this now. However, the basics and core principles of this procedure remains the same.

In ancient times, trepanation treated various ailments and injuries involving the head. Pain management is also one of its uses. People who have gone through this procedure survive and heal after the surgery. However, there are reports on scarring.

Today, doctors still observe the said procedure, and the craniotomy that removes a certain part of the skull to reach the brain. The only difference is that compared to trepanation which results in a permanent hole in the skull, the modern version replaces the bone segment that has been removed. Medical experts only do this kind of operation for special reasons like aneurysm and brain tumor.

Severe depression is one of the more difficult health conditions that medical professionals only had significant improvements in treatment recently. One of these treatments is electroconvulsive therapy (ECT). Doctors conduct this method to trigger a brief brain seizure intentionally to the patient under general anesthesia. Small electric currents pass through the patient’s brain to induce electrical stimulation.

Ancient Romans used electric eels for the treatment of gout and headaches. The therapeutic use of electricity like this is even prevalent in treating cases such as epilepsy and paralysis historically.

Suture techniques are ancient health practices, too. For more than thousands of years, sutures are used to close wounds and help them heal faster. With the right technique, they can help minimize bleeding and infection as well.

Archeologists found that sutures can be traced back from Neolithic skulls, severed Greek tendons, and Egyptian records as early as 30,000 BC.

In modern times, surgical doctors connect tissues and organs with sutures. Without it, it will be difficult to hold muscles and skin together, for example, and can lead to complications. More advanced surgeries require sterile needles through harder-to-reach body parts to prevent further damage.

Did you know that morphine is the “first pharmacologically active pure compound” produced from opium? Opium can be extracted from poppy seeds rich in antioxidants and therapeutic agents. The discovery of this drug goes back to 200 years ago when opium was used as a painkiller by ancient Sumarians and Egyptians during this period.

Morphine is an opiate that helps relieve or suppress pain. This narcotic drug component helps ease anxiety, sedate a patient, and cause drowsiness and relaxation. Current practices show that morphine is used to suppress cough reflexes or slow down heartbeat when medically required. However, opiates are considered as addictive drugs. Hence, health professionals take precautions when administering morphine to avoid drug dependence in patients.

Acupuncture, an ancient Chinese medical technique, is known for curing illnesses, relieving pain and improving overall health. Its introduction happened before the 2500 BCE in China and then many parts of the world hopped in its use during the late 20th century.

Gone were the days when acupuncture was a painful procedure. This holistic healing approach stimulates points through 14 energy pathways. It supports the claims of some scientists about needles prompting the body to release endorphins that are natural painkillers.

To “cauterize” is to use an instrument heated with electric current. This is one of the ancient health practices used in the 16th century to close amputations and stop bleeding. Remember the movie Braveheart where soldiers stuck the tip of the blazing hot spear to treat another’s wound? It actually happened in ancient times and not just in the movies.

This medical practice is still relevant today to treat wounds and avoid infection, especially when antibiotics aren’t readily available. However, with advancements in technology, cautery also progressed where physicians can now use more sophisticated medical instruments. This way, any fears of infection in earlier times can be removed.

A tracheotomy, sometimes called stoma, is when a surgeon makes a hole from the front of the neck to the windpipe or trachea to place a tube. The person is aided by the tube to breathe, and the air bypasses the nose, throat, and mouth.

There are various reasons why a person gets a tracheostomy. Among the conditions that require it are birth defects, anaphylaxis, neck cancer, coma, infection, facial burns, sleep apnea, and chronic lung disease. This alternative method of breathing was first recorded in 1649. The practice existed for a long time and it was called bronchotomy, pharyngotomy and laryngotomy.

Surgeons regarded the procedure in the 16th to the 19th century as dangerous with a very low chance of succeeding, and this is one of the reasons why doctors would often perform it. They only reserved it as an option in case of emergency especially in cases like upper airways obstruction.

Health care demands in the future

Time and again, we’ve seen traditional, herbal and natural medicine used in current settings as effective health care alternatives. We are constantly in pursuit of medical discoveries and continue to see and develop the science in earlier practices. Scientists spend many of their dissertation years to prove and understand new plant uses, for instance, to provide in-depth studies that will be useful for generations to come.

Scientific literatures indicate the rise of biomedicine and more practical uses of various health practices we only used to know as “traditional” but with therapeutic benefits. As new illnesses and diseases come about, new approaches in medicine and treatments also arise. Health assessments should always be up-to-date with current trends and technologies. Thus, health professionals are regularly adding and sharing knowledge that are crucial for public health.

This is also why Cognitive Health and Wellness Institute continues to offer comprehensive service and diagnostics to help address a growing population in need, suffering from a wide spectrum of progressing chronic conditions. With these blogs and continued community support, we hope to help contribute to globalization and share information in improving your quality of life with length of life.