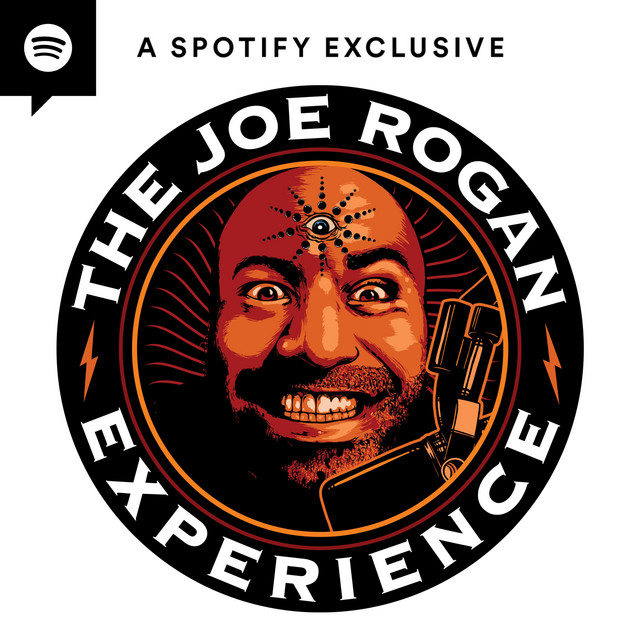 Who hasn’t heard about this guy? You must have been living under a rock if you don’t know Joe Rogan.

A celebrity in his own right, Joe doesn’t really need Hollywood because of his following on YouTube alone.

With more than 11 million subscribers, it is no question Spotify partnered an exclusive deal with him to move his epic conversations to The Joe Rogan Experience podcast.

Listening to Joe Rogan’s podcast is quite an experience, as his podcast name suggests.

No matter how much you disagree or cringe listening to his openness, it’s like you’re drawn to keep listening in. He’s a talented podcast host – a very entertaining one, no less – that many of his interviews make the headlines.

The New York Times calls Joe Rogan “too big to cancel” in the entertainment world, a self-proclaimed psychedelic adventurer.

In his podcast, Joe Rogan manages to exchange wit, no-nonsense opinion, and humor with other comedians, politicians, and conspiracy theorists.

Google “the most popular podcaster,” and you’ll find Joe Rogan podcasts at the top of the list. Not without controversy, The Joe Rogan Experience remains to be one of the most listened to and downloaded podcasts online.

It is no wonder many famous personalities visit his show even if the podcast runs as long as 2-3 hours. No, this is not your ordinary 30-minute talk show. An outrageous conversationalist and generous listener, Joe can dissect the meat of the topic(s) at hand from his guests.

Here are some of the best Joe Rogan podcasts in no particular order:

Business magnet and Tesla CEO, Elon Musk, made the news (like usual) when he smoked a joint in this podcast. Here, he talked about artificial intelligence at length and how everything is now more connected than ever.

A true blue engineer and forward-thinking investor, Elon spoke like he’s from the future. Top YouTube comment even said, it’s as if “he’s careful not to say something to disrupt the time-space continuum.”

This billionaire never runs out of innovative ideas, so his appearance in The Joe Rogan Experience podcast isn’t the last. Joe believes Elon should lead whatever breakthroughs the world will soon see on electronics and biology.

Nothing can be fascinating than seeing two nerds geek about science. That’s what happened when Neil deGrasse Tyson visited the show.

The American author, cosmologist, and science communicator is almost a mainstay in this podcast, guesting multiple times for a reason.

Tyson proves why we know him as a science communicator. He demonstrated his effortless ability to explain every hard corner of science and translate it into a language everyone would understand.

Rogan testing Tyson on everything astrophysics and space is like watching a science quiz bee, but with more intimidating questions you’d never imagine raised.

Bernie Sanders had only been in the podcast once in 2019 when he was campaigning for the Democratic presidential nomination, but he sure made it worth everyone’s while.

This interview is what the mainstream media could never do with a presidential candidate – a casual yet comprehensive conversation.

Joe sparked a refreshing, long-form, political discussion that led to sharing his views on healthcare and college debts. Candid and fearless, he shared his take on the country’s pressing issues without censorship.

Edward Snowden’s episode went after Bernie Sanders’ in this list, for if it weren’t for Bernie, Edward wouldn’t be comfortable guesting on Joe Rogan’s show.

As controversial as he is, Edward openly discussed in detail his ever-famous revelation of global mass surveillance way back in 2013. It’s straightforward to see how engaged Joe was in the interview as he allowed the guest to do all the talking for most parts.

Snowden took the guesting as an opportunity to promote his book, “Permanent Record.” In the book, he discloses mass surveillance by the US government and what drove him to reveal NSA documents. An enlightening episode, indeed!

Would you believe that Quentin Tarantino’s leaked wish list cast for Pulp Fiction is true? Quentin revealed this in Joe Rogan’s podcast as a request by the film studio.

As one would expect from the multi-awarded director, he shares how he develops non-linear plots in his movies. You’re in for a treat to hear interesting tidbits as he addresses controversies in Hateful Eight and Once Upon a Time in Hollywood.

Joe Rogan fanboyed over Tarantino as he talked about Kill Bill Volumes 1 and 2, which the latter considers just one movie. Here, the director explains his take on retiring (both actors and directors) and his plans in the coming years.

Joe Rogan sat down with the late international chef, Anthony Bourdain, years before he passed away in 2018. Despite being aired in the earlier days of the show, this episode endured the test of time, and it’s one of those moments that we’d remember about Bourdain.

The two openly discussed depression without shaming and invalidating other people’s experiences of it. Anthony openly shared his experience with it and narrated a description that most audiences related to.

Insightful and generous, Bourdain gamely participated in a lengthy conversation on marijuana legalization, mental illness, writing, and his career.

The English comedian, Russell Brand, promoted his book “Mentors” coming on to the show. Highly engaging, fun, and all kinds of weird – that’s what you’d expect from this actor/activist.

Joe Rogan’s podcast followers expressed their admiration for Brand’s wit, class, and humility in what fans consider a masterclass.

This episode is that kind you can sit through as it doesn’t appear one-sided at all. Russell asks Joe questions, and they bring out each other’s articulate poise.

Joe Rogan’s conversation with Mike Tyson is one of the most-watched episodes from the show, and it’s not difficult to understand the reason why. Tyson, the former undisputed heavyweight boxing champion, is a legend and the whole world was ready to listen to what he had to say.

Tyson’s success is an exciting sprint, and Rogan made sure to dissect every detail of it. The boxer candidly shared his views on fame and drugs. He shared his stories and how he never had the ingredient to learning how to handle his fame. This episode proved that more than a celebrity, Mike is a historical figure whose career is unmatched.

This interview showed how Tyson’s personality juxtaposes what he does in life  – a gentle and sincere man. It’s impossible not to be captivated with his natural side, which we seldom see in the ring, of course.

If you’re up to listening to Kanye West talk for almost three hours – this Joe Rogan episode is one you shouldn’t include in your binge-watch list. West circled on subjects like the music industry, coronavirus, God, abortion, racism, and his presidential run stint.

Kanye was running for the presidential race during this episode, so it made sense for him to appear on the show. In this lengthy interview, he simultaneously talked about unrelated topics. He compared his train of thoughts to Super Mario as he tends to jump up from one place to another and get lost in his ideas.

This episode is a validation of how hard Kanye works. Sure, his undertakings seem too ambitious, but he has intentional concepts in infrastructure, architecture, product design, and education. All of these, he spoke with his burning passion for music!

Miley Cyrus’s name probably doesn’t need an introduction (except for that guy Miley was talking about in her anecdote who only noticed her for her speaking voice). Yet, this episode is a fresh take on her experiences and wits.

Their banter was raw that you’d feel like you were watching an uncle and niece convo. The two’s experiences, career-wise, were the opposite, and so it was interesting to witness them compare notes and try to understand where they’re coming from.

Cyrus sincerely talked about her current state of mind and how she’s sober from drugs, weed, and alcohol. This interview will allow you to understand the singer even more from her divorce, voice, media, childhood, and therapy.

With a stand-up comedian of his caliber, Joe Rogan also had unforgettably funny episodes with some of the funniest individuals on the planet.

The listeners of The Joe Rogan Experience podcast know that you can’t always take him seriously unless he means to. Remember how he started as a sitcom actor, MMA fanatic, and UFC commentator? Know that his strong opinion on current events isn’t always proof of authority on these matters.

It goes without saying that as a comic himself, the audience enjoys eavesdropping on his one-on-one with other talented comedians. The list below has special episodes you may find amusing and informative that you should listen to with your earphones on:

Why should you listen to Joe Rogan’s podcasts?

Joe Rogan isn’t afraid to speak his mind, even challenge the White House in some cases. He doesn’t shy away from expletives in The Joe Rogan Experience podcast, whether from him or his guests.

As a stand-up comedian, Joe’s magic is in being brutally honest. Joe Rogan remains steadfast in saying, “the show is harmless and no one is being forced to tune in.” Yet, people are hooked and entertained.

Interestingly though, The Verge shared their findings on Joe Rogan’s reach plummeting down. The $100 million exclusive deal with Spotify could have limited his audience, but Joe Rogan’s podcasts remain popular.

Do you agree with our list of the best Joe Rogan Podcasts?