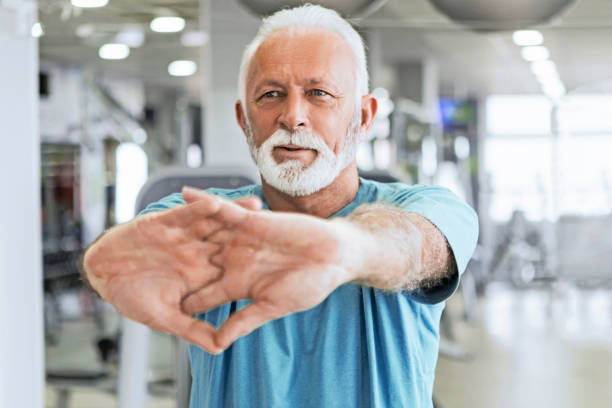 It may be a stereotype, but we don’t discuss men’s health aloud. They even perceive it as a joke that the term man-flu exists.

Research reveals that men seldom talk about their health. They brush off whatever they feel until it goes away. In Australia, the average male of poorer health than women. In 1994, Men’s Health Week originated in the United States, and it aims to spread awareness on preventable men’s health problems.

Cognitive Health and Wellness Institute commits to helping people lead a more productive, longer, and happier life. So, let us share with you some things that you may not know about men’s health and how it impacts their lives.

Men should pay attention to their health the same way women do. An average adult man has a life expectancy of 76 years, a height of 5’6, and a weight of around 165 to 178 pounds. Hence, the common knowledge of a man’s genetics and nature leads to fascinating men’s health facts. These are some worth noting:

The U.S. Centers for Disease Control and Prevention (CDC) reported in 2019 that 1 in every 4 American men died of heart disease, which makes it a number one health issue for males. It occurs even to those without symptoms at all.

This report shows the importance of regular screenings for cholesterol levels and blood pressure. Men smoke and drink more and go for unhealthy lifestyle choices compared to women. This is why they should put their way of life in check. Weight management with regular exercise is an effective aid.

2. Cancer – another cause of death

The CDC noted cancer as the second leading cause of death among men. Lung cancer, prostate cancer, and colorectal cancer are the usual types in males.

Preventive health screenings would help avoid cancer. If you are smoking, this is your sign of stopping. Prevent second-hand smoking and any kinds of tobacco products. Maintain a healthy diet that is made of fruits and vegetables. Avoid vices too!

The average life expectancy of men is 76.4 while women are 81.2 years, and the difference is linked to destructive lifestyles such as excessive alcohol drinking, smoking, and drinking. These vices often result in high cholesterol, diabetes, and obesity.

4. Health screening according to age

Men ages 20 to 30 should undergo a physical checkup at least every two to three years. It should include cholesterol, blood pressure, thyroid function, and diabetes tests. When you reach 30, you can screen for heart abnormalities with an electrocardiogram or EKG.

Furthermore, men ages 40 to 49 should have a complete physical checkup for every one to two years and an EKG. It should also include screening on cholesterol, blood pressure, and diabetes. Men ages 50+ should be stricter in checkups. Besides the usual screening and EKG, colonoscopy should be included to ensure there aren’t polyps that could turn into cancer.

How does the weight of a man differ from a woman?

Women tend to gain weight faster than men, and it’s because the human brain is wired that way uniquely. This fact about men’s health has changed how obesity is discussed, as noted by experts at the University of Aberdeen.

Men have a higher resting metabolism too. Their metabolism is meant for speed, size, and strength. This fact is understandable because the male body has a leaner muscle mass, making it easier to burn visceral fats.

It may sound unlikely, but men are also at risk of getting osteoporosis. Some statistics suggest that when a man reaches 50, there is a higher risk of a weaker bone density, leading to osteoporosis. Two million men in America have been affected by this.

Besides the numbers on osteoporosis, men also have a higher chance of breaking their bones. Eighty thousand men break their hips yearly. The same may also happen with the spine.

Some studies support the role gender plays in stress reaction. Men have the fight or flight attitude when it comes to it, and hormones have something to do with it.

Hormones, as one factor, explain why men produce cortisol and adrenaline when responding to stress. They manifest physical changes like increased heart rate, sweaty palms, and anxiety. It is the physiological reaction of men when something physically or mentally terrifying happens. This reaction occurs when the body releases a hormone to either deal with stress or run away from it.

Historically, more men serve as the financial providers being heads of their families. Hence, they spend more time for work and often cannot (or choose not to) afford time for medical check-ups compared to women. This, sometimes, leads to delayed detection of health conditions that would otherwise have been prevented if seen earlier.

Some men argue that instead of taking time away from work to see a doctor, they would rather use this time for extra work. Other times, they would choose to go to the gym and strengthen their bodies this way. The Cleveland Clinic surveyed American men (from age 18-70) and found that 40% of the respondents do not go to their physical examinations annually. In fact, many of them only seek medical help when their health conditions worsen.

Whether men think they are men of steel or not, they should be more proactive in seeking healthcare from any age. Based on this study, some men even admit they are afraid to find out that their health condition is severe. However, it’s time to encourage more men to face their fears and take their health more seriously. That doctor’s appointment could save their life.

This is closely related to the men’s health fact #8 above. To this day, some men still hide behind masculinity and society’s expectations of them to be “strong.” Therefore, showing any signs of weakness and vulnerability goes against men’s ego and manliness. Often, men are just really uncomfortable being “naked” in front of a doctor and seek consultation about their bodies.

On the contrary, going to a physician indicates wisdom and strength. Men who aren’t ashamed to get advice from medical professionals will better understand their bodies to continue taking care of their loved ones. A healthy man, not just physically but also emotionally and psychologically, is a stronger man indeed.

Due to the nature of men’s work in the labor force, typically involving heavy machineries, driving, construction, etc., unintentional injuries often happen. Men are often involved in motor vehicle accidents, fireworks-related and fatal occupational hazards, too. CDC also notes that 12% of males (under age 65) don’t have health insurance, making healthcare more problematic for them, especially in these cases.

Men are not invincible

Young boys today need to know that men’s health starts from making intelligent choices and awareness at an early age. This does not only cover nutrition, diet, and physical activities but also education and the psychology around men being invincible.

We can’t dismiss the fact that there are gender stereotypes affecting men’s health. There are also special health concerns for various groups of men, for example. Sometimes, discrimination against gay and bisexual men comes into play. Sadly, even certain African-American and Latino men experience limited support in healthcare.

Thankfully, we can now see some progress as a society in understanding men’s health. But, there are still areas that we can improve on and learn from. Overall, making smarter work and personal lifestyle choices can help reduce health risks for men. Remember that regular wellness and health management can lessen hospitalization and other health problems. Lastly, men’s health is not limited to men as it also impacts other people’s lives.