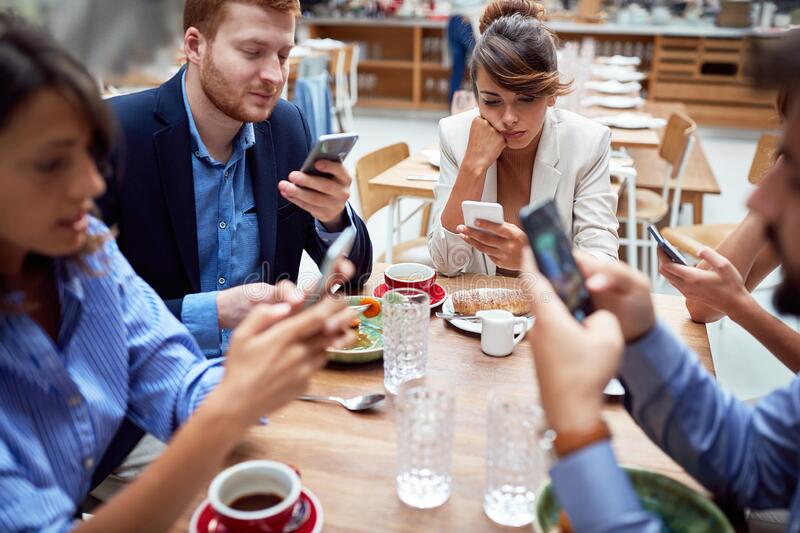 Research continues to explore the effects of smartphones on human health.

Even the World Health Organization recognizes the possible health risks associated with too much use of smartphones and gadgets. The overexposure to RF or radiofrequency emitted by the device is a thousand higher than base stations. This is responsible for the harmful effects the overuse of computers, phones, and tablets may have on a person.

But today, owning a cell phone is a part of life. Can you imagine living in a world without a smartphone? The mass adoption of mobile phones and apps has changed the way we communicate, transact, and entertain ourselves, and its influence has surpassed different age groups that it has become inevitable to not rely on them.

However, there are continuing studies on the effects of smartphones on human health, and how it isn’t a smart idea to fully depend on them. So in this blog, Cognitive Health and Wellness Institute discusses the implications of excessive smartphone exposure, and how it could be influencing your body and brain.

Effect of smartphones on human health

Ever since the pandemic, people have had more time to spend in front of their gadgets, most especially their cell phones, with quarantines and lockdowns. No wonder, there is already an app that tells you how much time you spent with your screen through a time report.

A report says even before Covid-19 in 2019, an average American spent around 3 hours of their day using their phone. There was an increase of 20 minutes from the year after which shows the increasing engagement to mobile devices. Over the years, since then, we’ve seen a constantly increasing trend of gadget use.

In another study, researchers found that participants who used their mobile phones less showed stronger analytical and cognitive skills in solving problems. Despite this, people will still use smartphones as an extension of themselves, and that’s not necessarily a bad thing.

Your habits involving the use of cell phones will determine whether it’s harmful to you or not. Technologies and digital devices will continue to be essential and so ingrained in our lives that it’s difficult to imagine not using them.

The time you spend on your smartphones could spell the difference between digital addiction and sobriety. Hence, it’s important to strike a balance in using smartphones for productivity, leisure, and social media, among others, for your health’s sake.

Do you ever find yourself snoozing apps on your phone? Or turning notifications off? It’s crazy how you’d still find yourself mindlessly scrolling through your smartphone at times, right?

The effects of smartphones on human health can manifest physically or psychologically to you. Here are some of them, if you haven’t noticed yet.

Most smartphone users take their mobile devices on the bed. There are people who have the habit of checking their phones before going to sleep because they are waiting until they fall asleep. However, keeping your eyes glued to your smartphone can disrupt your sleep more.

Smartphones, as well as other digital devices like laptops, tablets, and computers, emit blue light that signals your brain to be alert. Thus, looking at your cell phone while you’re tossing and turning on your bed can harm your sleep.

Insomnia is one of the effects of smartphones on human health. Imagine losing sleep out of these bedtime habits! Sleep is important to allow your body to recharge and recover. That way, your brain, heart, and other organs can function well. With poor sleep, the domino effect of other health risks follow such as mood problems, impaired memory, grogginess, etc.

Medical professionals always call the attention of people to discuss the effects of blue light on the eyes time and again. These experts continue to link it to different eye problems like eyestrain, blurry vision, dry eye, macular degeneration, and even cataracts for some instances.

When you expose your eyes to high-energy light, such as blue light and ultraviolet rays, you are increasing your risk of getting an eye disease. Experts also believe that 50% of computer users are most likely to get symptoms that may lead to vision problems in the future.

Blue light may also be the culprit to damage in the retinas known as phototoxicity. As to what extent would depend on the wavelength and amount of your exposure. Some studies reveal evidence of how blue light leads to permanent changes in vision. This happens as the said light may pass straight at the back of the retina causing macular degeneration.

Research reveals that there is an increase in the risk of obesity by 43% with people who use their smartphones for at least five or more hours a day.

Too much use of mobile phones, especially on young people, has become a trend that they live a sedentary lifestyle without regular exercise and proper diet which may result in weight gain. Harvard T.H. Chan School of Public Health conducted a study and also pointed out how teens, who are glued to their tablets or computers for a long time, are more likely obese than those who don’t.

No one would’ve thought 20 years ago that the world would be stuck in front of their phones and tablets for almost every hour of their day. While there is an effort to change this habit, there is still an increase in the time one allots for work and entertainment through their devices, and this is seen to cause neck pain and other related problems.

But, how does the excessive use of phones cause neck pain? It’s literally on the way you look at your screen. Imagine staring down, dropping your head, or moving it forward – any of these would change the natural curvature of the neck, which may bring pain.

They referred to the condition as text neck, iPhone neck, or Smartphone neck. While it isn’t an official medical diagnosis, the cases of posture problems that prolonged cell phone use brings continue to rise among adults and children.

To avoid these posture issues, regular exercise – most especially one that targets the neck – can help.

There’s still controversy surrounding the connection between cancer and cell phones. The primary concern that has strengthened it is how frequently cell phone users develop brain tumors. Studies show a slight increase in the cases of brain tumors since the 1970s.

While research is still to prove how cell phones increase cancer risk, the International Agency for Research on Cancer implies that the radiation devices emit may be a cancer-triggering substance. Experts are still to conduct further studies to prove the possible connection, although there are other habits that may impact cancer rates as well.

Experts warn the public about how too much time spent on the phone causes stress and anxiety. The overwhelming notifications, and the need to participate on social media all the time, may have a huge impact on a person’s mental and emotional being.

With everything that’s going on in the world, including misinformation, a smartphone may be a trigger to stress brought by upsetting news on the web. Adopting practices that would avoid one from spending so much time on their phones would be a way to prevent this bad health effect.

In relation to stress, as mentioned above, cyberbullying is another harmful effect of the unwise use of smartphones. This could be detrimental to your mental health, especially if you are not aware of what triggers you or another online user.

Many people online hide behind their usernames and personas they created on various social media platforms, for instance. Because smartphones are generally easy to use and readily available, cyberbullying can happen anytime to anyone at any age.

If you’re a teenager getting flak online over something you posted on Instagram, you can easily get verbal abuse from other users you barely know. If you’re an elderly sharing an opinion on Twitter, you may get in conflict with another user and feel attacked.

Sometimes, it may help to stay away from your phone for a while to lessen your exposure to violence and bullying happening online.

Some of the effects of smartphones on human health may be related to your psychological well-being. In this article, researchers presented evidence that excessive smartphone usage is associated with psychiatric and psychological issues.

Psychological distress happens when the level of stress increases due to changes in depressive moods and the like. Some people develop or increase the likelihood of having obsessive-compulsive disorder and ADHD, for example.

Many other negative emotions such as loneliness and anxiety are closely associated with the problematic use of smartphones, too.

You are limiting your brain’s capacity to concentrate with excessive phone usage. This is under the same umbrella of stress and mental health effects of smartphones on your health. You are at the risk of impairing your cognitive function and abilities when you’re stuck at your phone all day!

For example, if you are texting and calling while driving, your brain is doing too many things simultaneously. Hence, you’re losing focus while on the road. If you’re crossing the street, it’s not wise to have your earphones on while your eyes are still on your phone even if you’re in the pedestrian lane.

When you’re studying for your exams, you can concentrate more if you stop scrolling your phone for new notifications and checking your social media feed for updates. When in a conference meeting, sometimes it helps to retain more information when you’re jotting down notes on paper. It helps your brain process important details better when you write what you hear or see.

Other worries and health concerns

Some studies indicate a correlation between male infertility and the use of mobile phones. Researchers were able to collect evidence demonstrating adverse effects on the sperm count of men, as well as their viability and morphology. This is largely due to the RF electromagnetic waves that mobile phones emit which are hazardous to human health.

However, scientists need more research to support this. Still, this is one of the effects of smartphones on human health that some may find worrisome. You can find published literature about this here.

WHO recognizes that cellular phones transmit radio waves that may pose health risks. FDA, on the other hand, reminds the public on the safe use of mobile phones. This is despite lack of sufficient evidence linking radiation exposure to health problems.

Nevertheless, experts continue to study the effects of electronic interference from smartphones. Both WHO and FDA provide general guidelines on limited use of mobile phones as precaution.

Another health concern for some people is hygiene. Smartphones can collect and, therefore, are prone to germs. Truth be told, your smartphone can carry bacteria more times than another dirty item that you can think of. A little gross, right?

Because you are carrying your phone anywhere you go, it is exposed to dirt, sweat, sediments, and bacteria. These germs travel from your hand to your phone and vice versa which can cause skin breakouts and viral infections, for instance.

Hence, if you’re not practicing proper hygiene, you can get sick. Worse, you may be the reason for the people around you to feel sick, too.

What can you do to minimize smartphone usage?

Smartphones help us communicate with our loved ones, interact with friends online, and aid in providing access to information. But, we can do “smartphone detox” every once in a while when we need to.

Here are some tips and alternatives that you can consider to lessen the time you spend on your phones: